Connection is everything when it comes to nature photography. The connection you have with the earth, the sky, the water, the light, the life… it is essential for capturing a great image. It takes time and practice to develop this ability, and it should not be underestimated. However, connection often becomes dominated by logic; the algorithm associated with what a great photograph should be. The creation of art that truly captivates and moves others is really about connection with yourself. Turning the lens around and focusing it inward, as much as outward, to recognize the nuances of your emotional responses as they dynamically unfold in the moment with each experience. This realization has been one of the most important lessons to me from my time in the field, and one whose benefits have extended beyond nature photography to improve my life in every way. Wanderings. Adam Gazzaley Photography 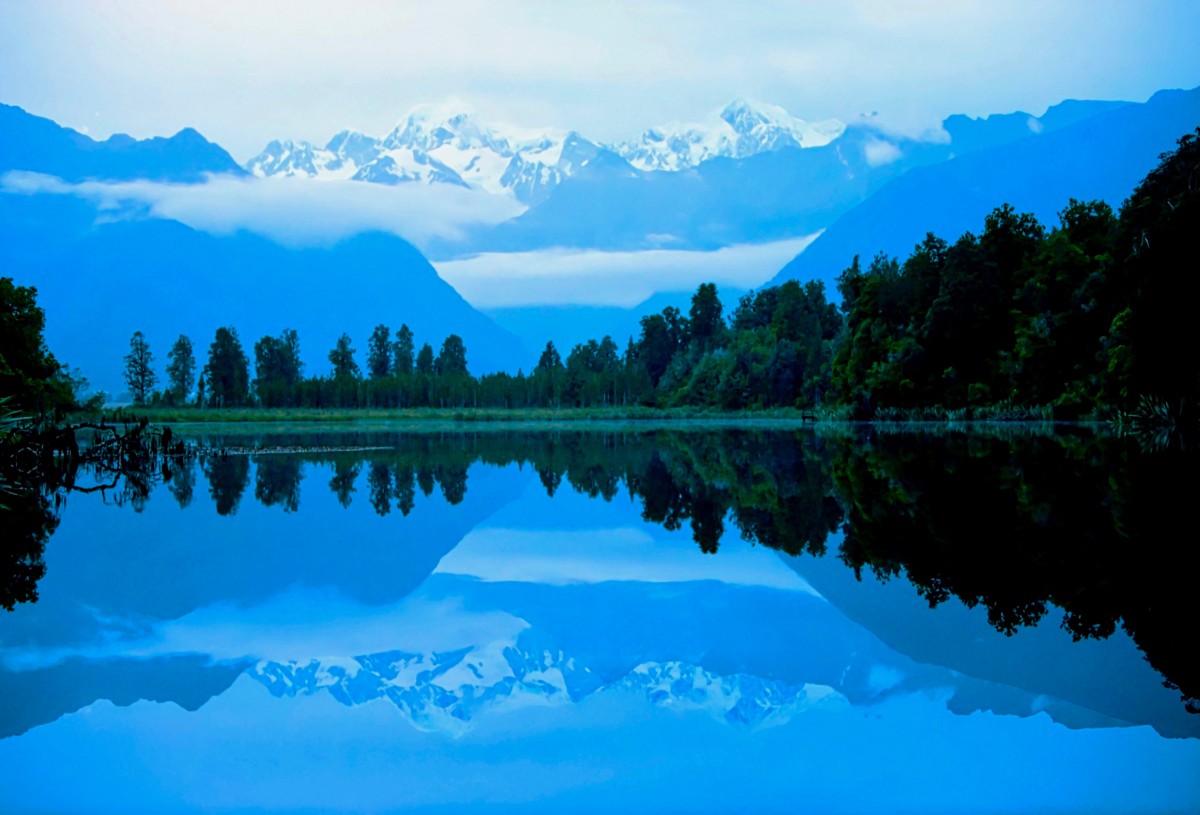 So early! This was by far the earliest I had ever awoken to capture an image. After waking up at 3a, I set out from my camping spot for a 1.5 hour hike with all my camera gear in a pitch-dark, possum-filled forest (yes, their eyes actually glow in the dark). Lake Matheson is well known for its sensational reflections of the highest peaks in New Zealand, and I was determined to be on site and ready to shoot before sunrise. I was rewarded by a crisp, tranquil morning, a crystal-clear lake, and a strong appreciation for how a little extra adventure, plus some discomfort, can result in an unique experience and a perfect moment to capture. 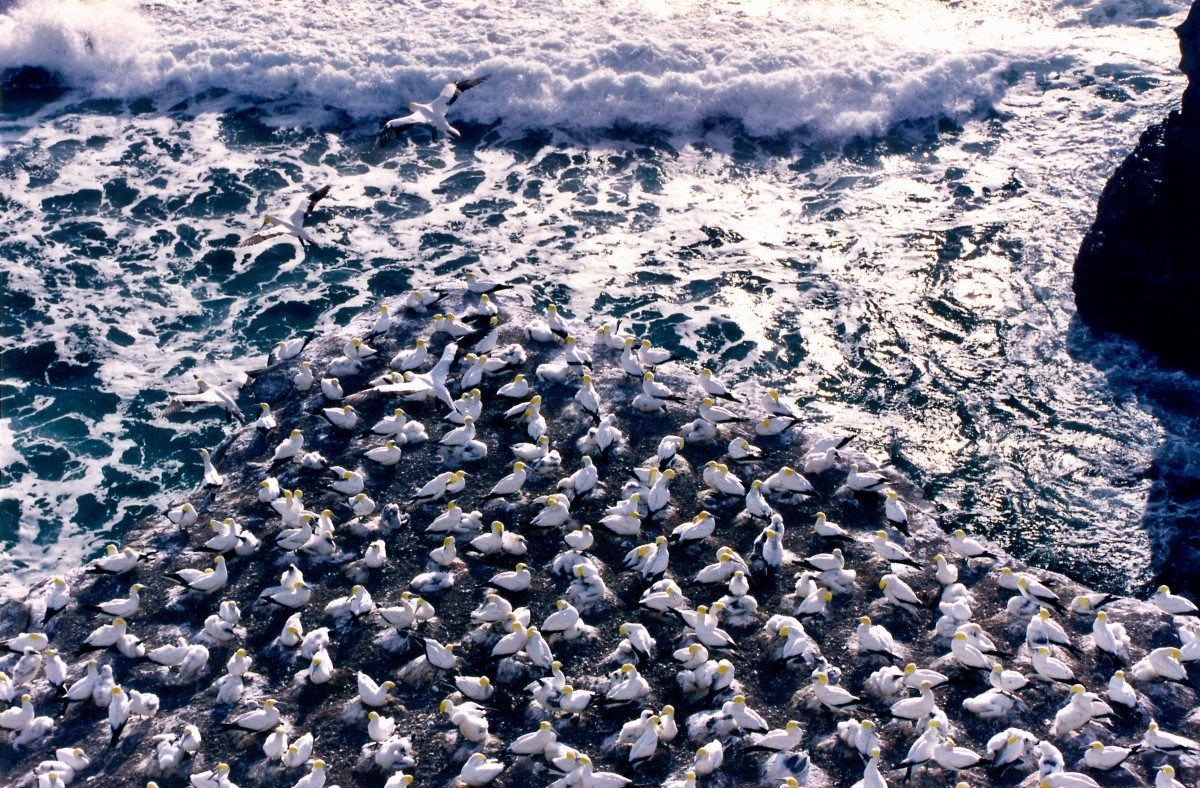 The first time I was blown away by witnessing a gathering of birds was during a visit to the Australasian Gannet colony at Muriwai Beach. In addition to my fascination with the complexity of their social interactions, I was instantly drawn to the positive and negative spaces generated by the waves/water and birds/rocks. Witnessing this Esher-like scene at play from an overlook was the inspiration for this image, which remains one of my favorites. 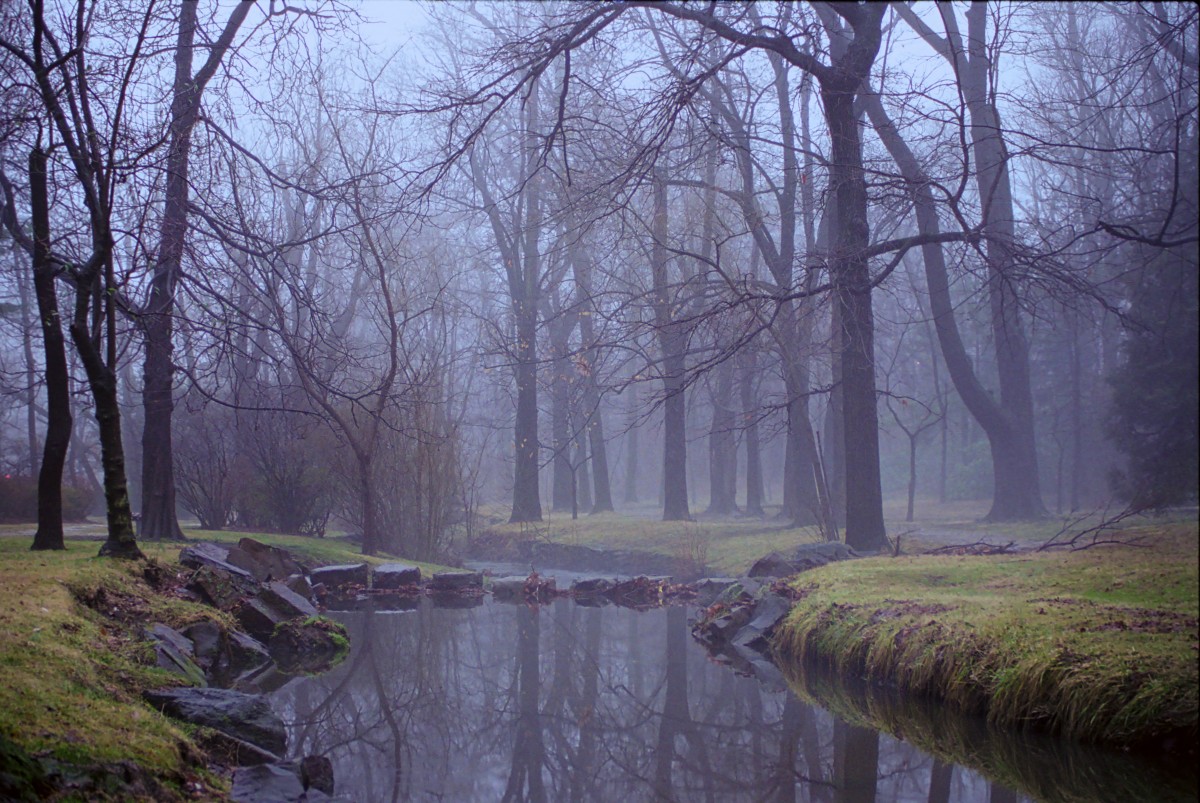 On a crisp, wet, late afternoon I took a short walk only blocks from my apartment with a friend to give her a brief photography lesson. Capturing this image remains a reminder to me of how simple beauty is often living right near your home.

I have an unfortunate love-hate relationship with this image. It is by far the most popular one that I’ve ever captured, which is cool, but also pretty frustrating since I have unsuccessfully attempted to top it for the last two decades. But more importantly, the memory of this moment remains a strong lesson to me of the value in looking beyond the more obvious expansive scene that might be in front of you and zooming your focus in on an intimate gem that is often hidden within plain sight. 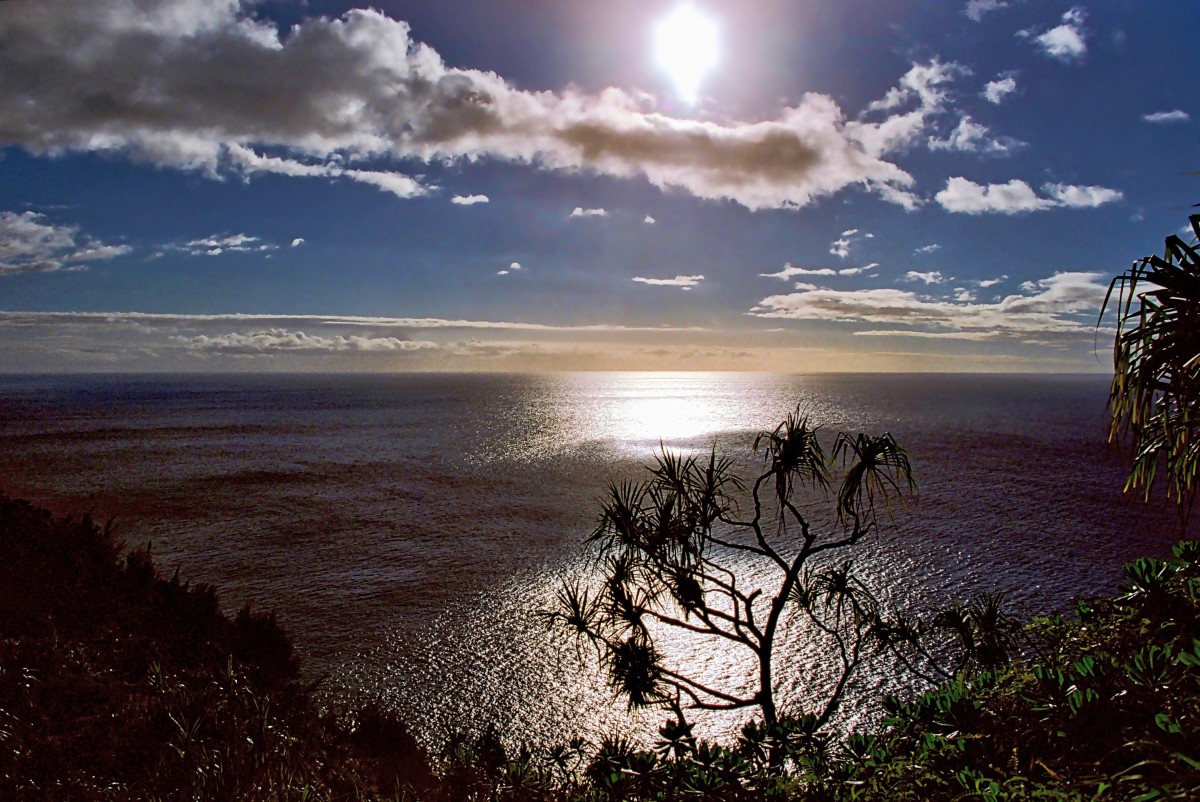 The first and only time I have been moved by a moment to write a poem:I stand before the precipice– arms outstretched, head flung back, bathed in the sublime majesty of the morning light. The wind flows through me, cleansing my mind. The scent of life is rich and empowers me. The roar of the sea fills my world and frees my heart. I am alone. I am home. At last … I am complete 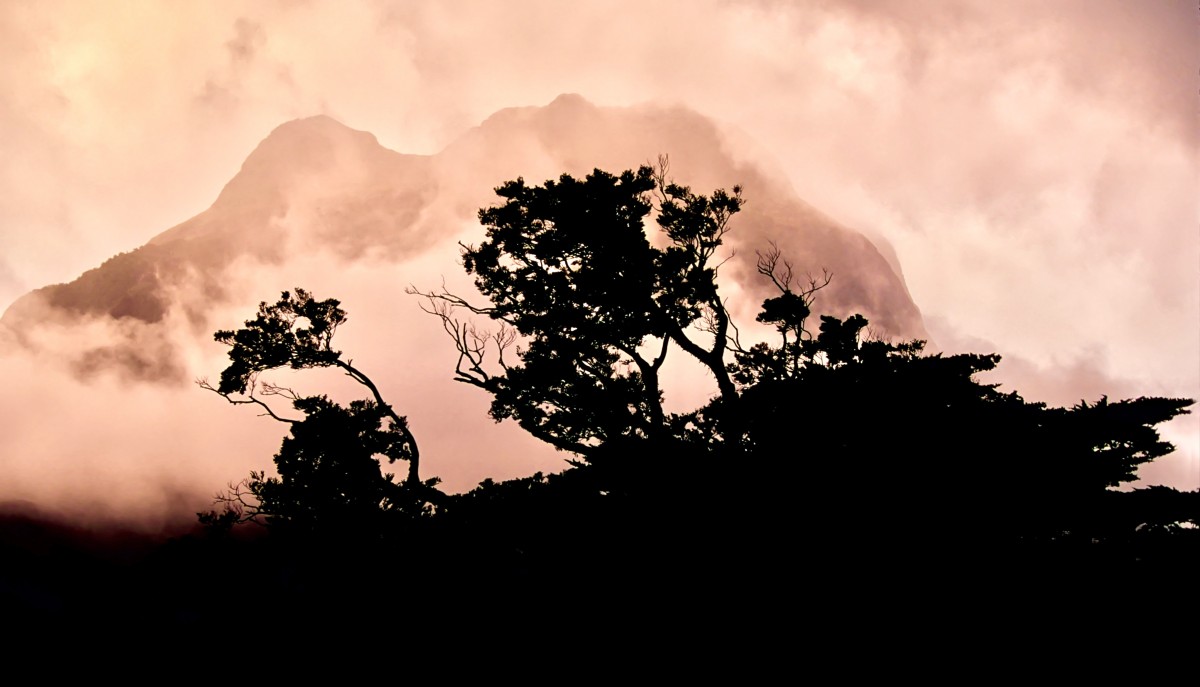 Arriving at one of the most dramatic and beautiful places in the world, only to find it so completely fogged in that there was absolutely no view of the natural wonders that surrounded us. This is how I spent my first day at Milford Sound. That and being devoured by sandflies immediately upon stepping outside. Then, as a long day locked in a car was coming to a merciful end, the fog lifted just enough to offer this awe-inspiring view. It is still impossible for me to look at this image without feeling all the mixed emotions swirling during its capture.

Reflections have always held a special place in my mind and they represent a repetitive theme in my photography. It seems as if nature is offering us a beautiful, alternative interpretation of itself … if we would only just pay attention and look down. 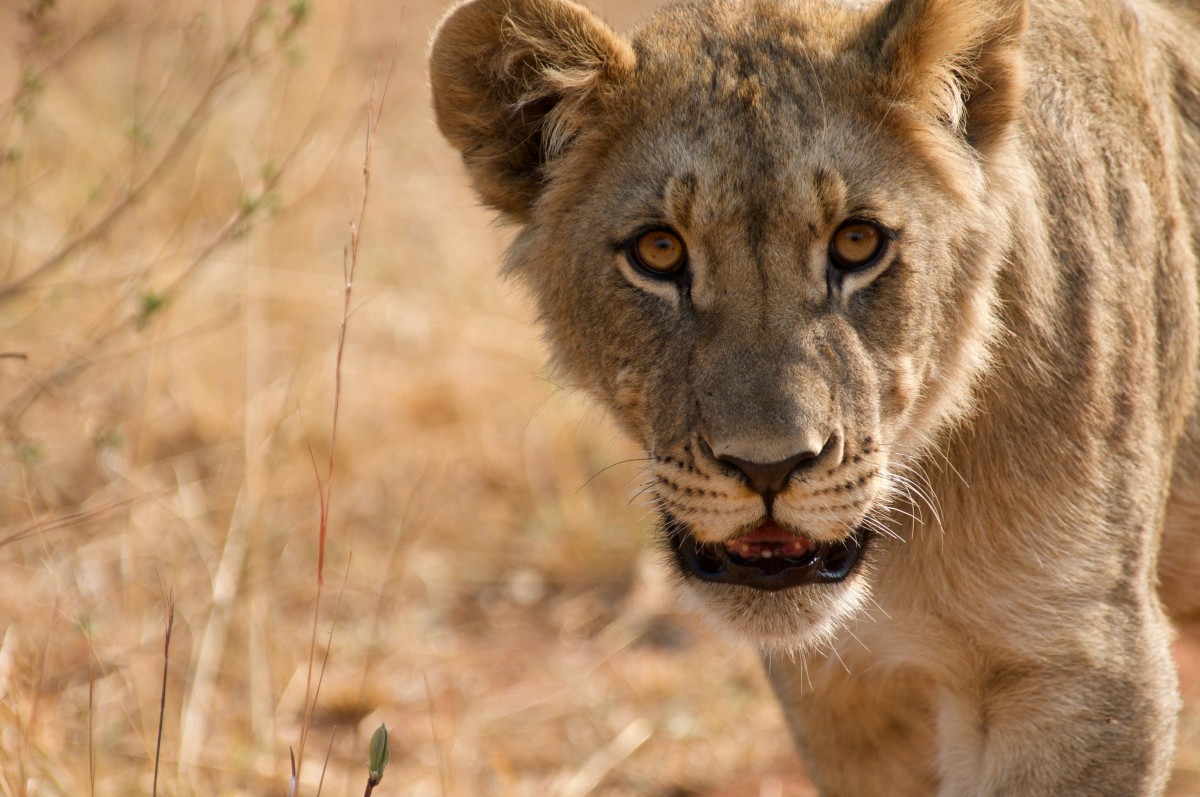 Looking into those eyes, everything I ever yearned to know about African wildlife became instantly clear. 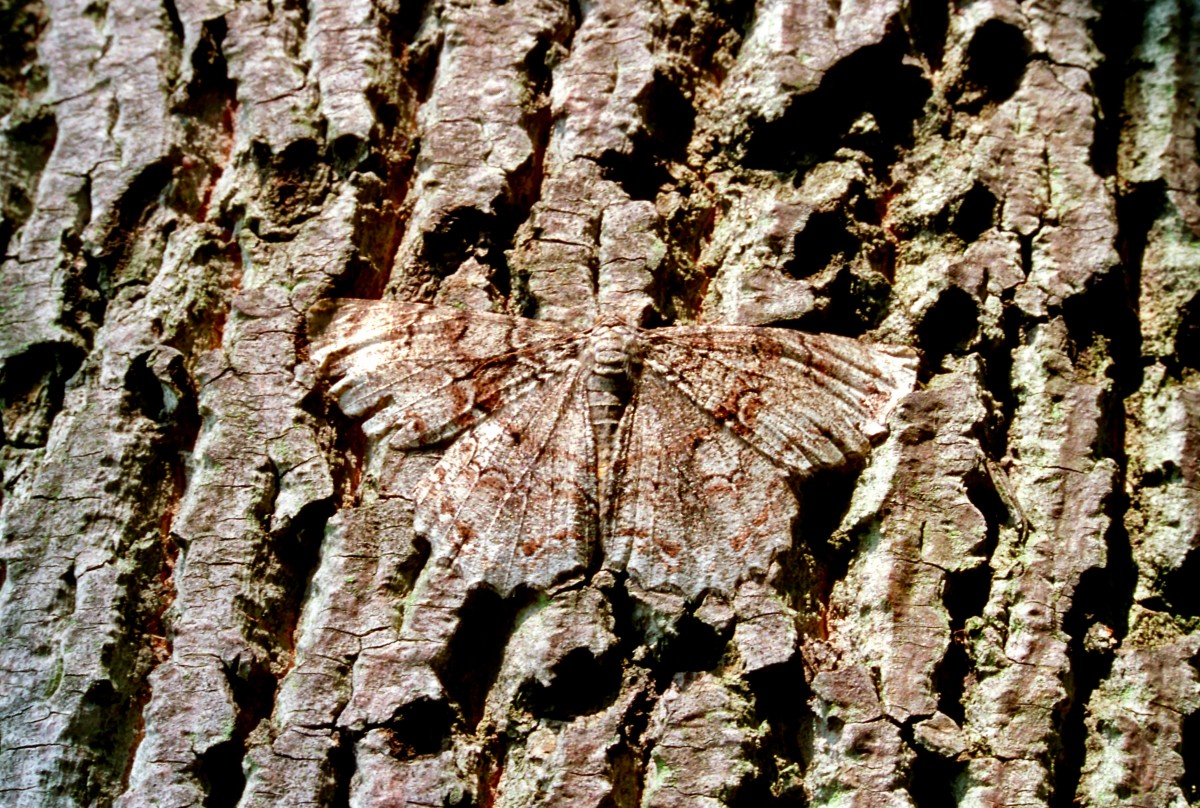 Spend enough time in nature with your attention tuned to be maximally receptive to the environment and you will discover hidden wonders live everywhere. 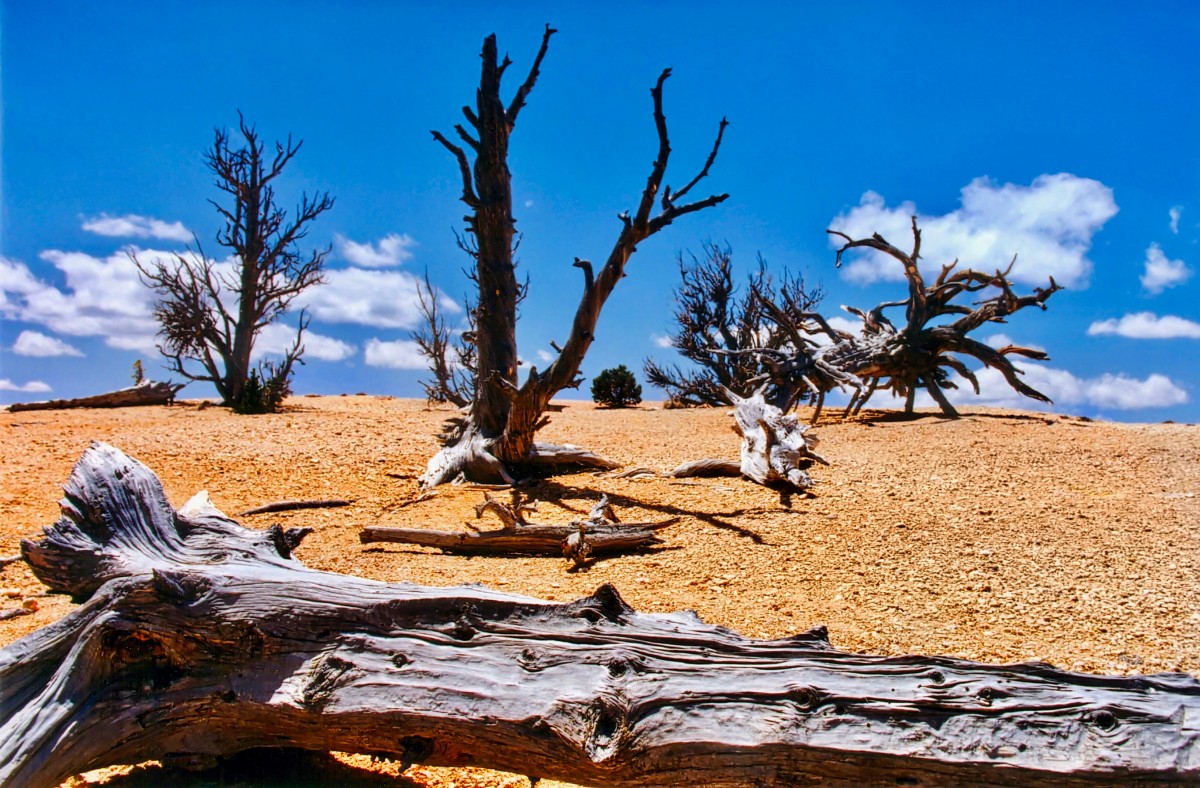 Every once in a while nature imitates art in such a literal way that it causes me to lose my breath. In an instant, this scene of bristlecone pines powerfully transported me to the warped and wonderful world of one of my favorite artists. 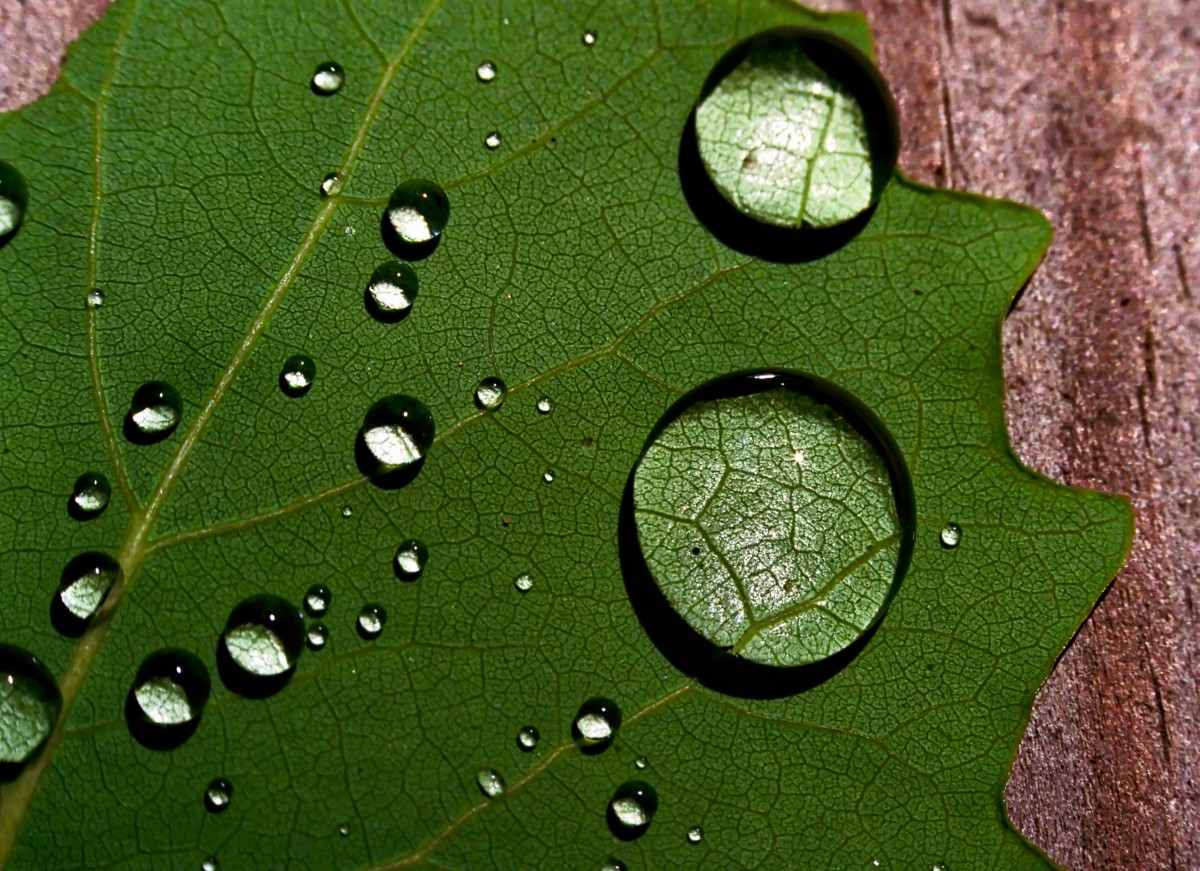 I actually learned how to use a 35mm camera through the lens of a microscope, capturing images of neurons in the hippocampus. Seeing nature’s microscope in dramatic effect was a full-circle moment for me. 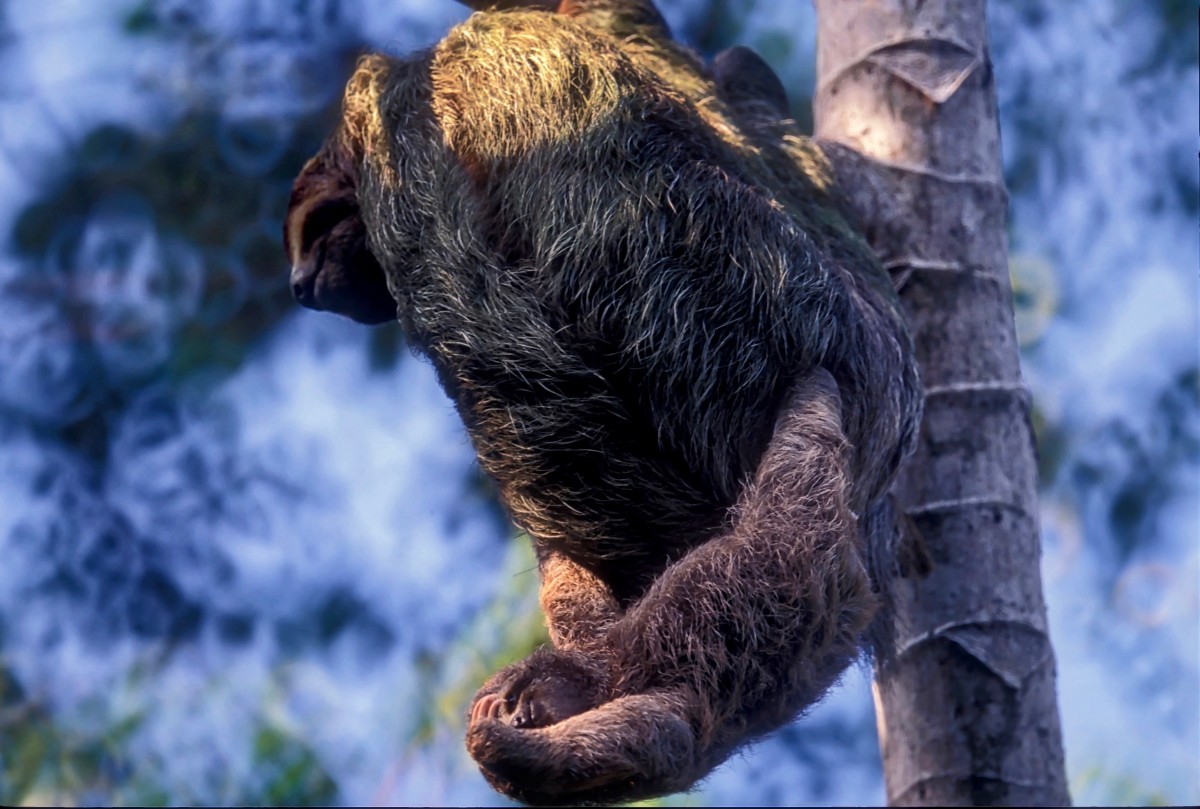 Witnessing a intimate moment between other creatures is one of the most special gifts nature can offer. As was explained to me, this was actually a rare scene to happen upon; the weaning of a baby three-toed sloth from their mother. Apparently, the morning after this rite of passage, the little one would either be on its own or dead at the floor below the tree. But, under no circumstances would it still be latched to mom. Harsh love it would seem. I found myself just as preoccupied with the baby’s discovery of his own unique toes, which served as a connection between us because I was fascinated by the same thing. 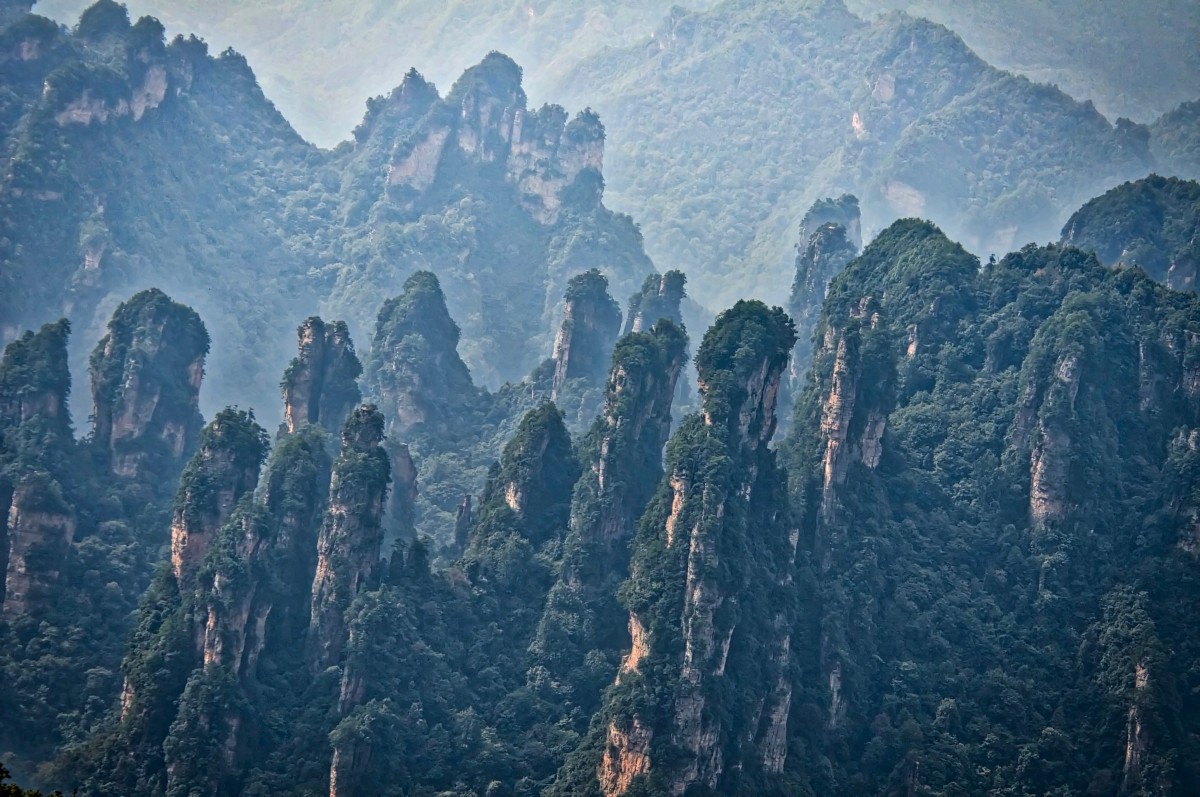 Zhangjiajie, an extraordinary region in central China filled with natural wonders of rock and clouds, was made famous by the movie Avatar, where it served as inspiration for the fictional world of Pandora. Walking amongst these giants was an experience like no other. 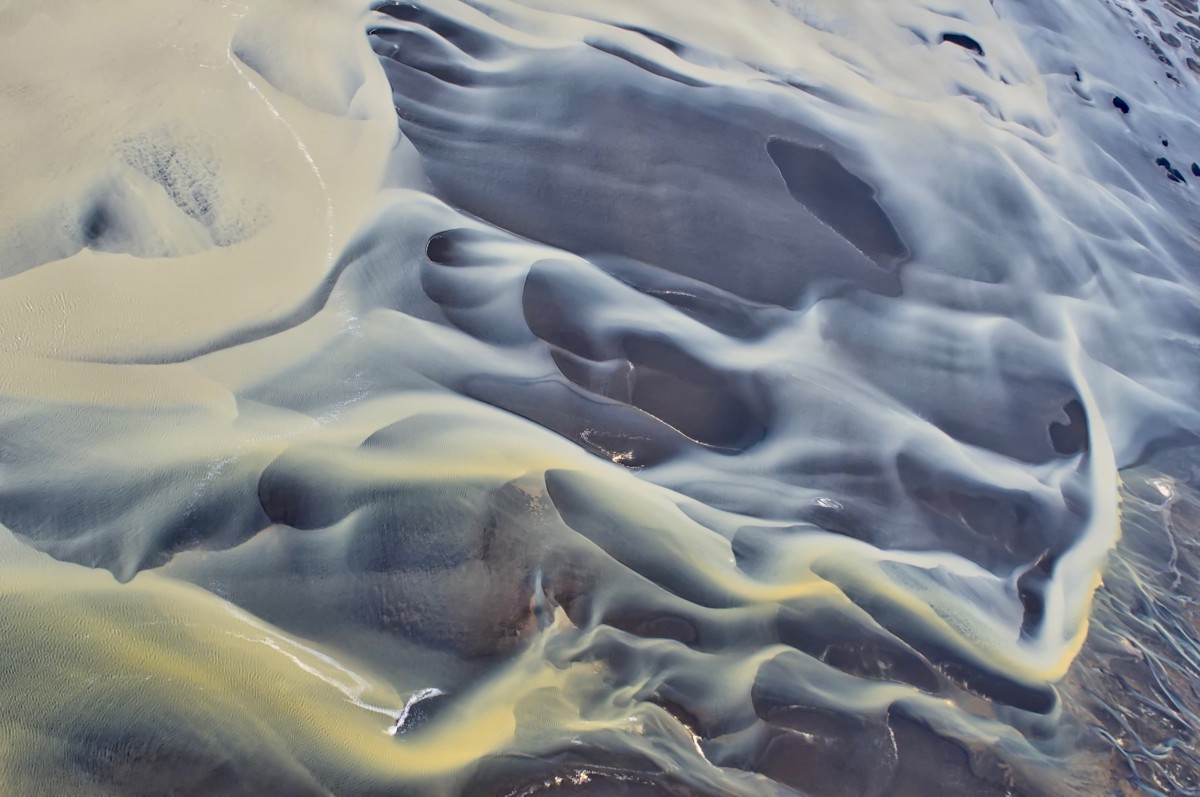 If the aesthetics of form, color and pattern in nature fascinate you, then take to the air as soon as possible. Especially, if you can position yourself above the sediment-filled runoff of Icelandic glaciers, where nature’s paint brush is eternally busy. 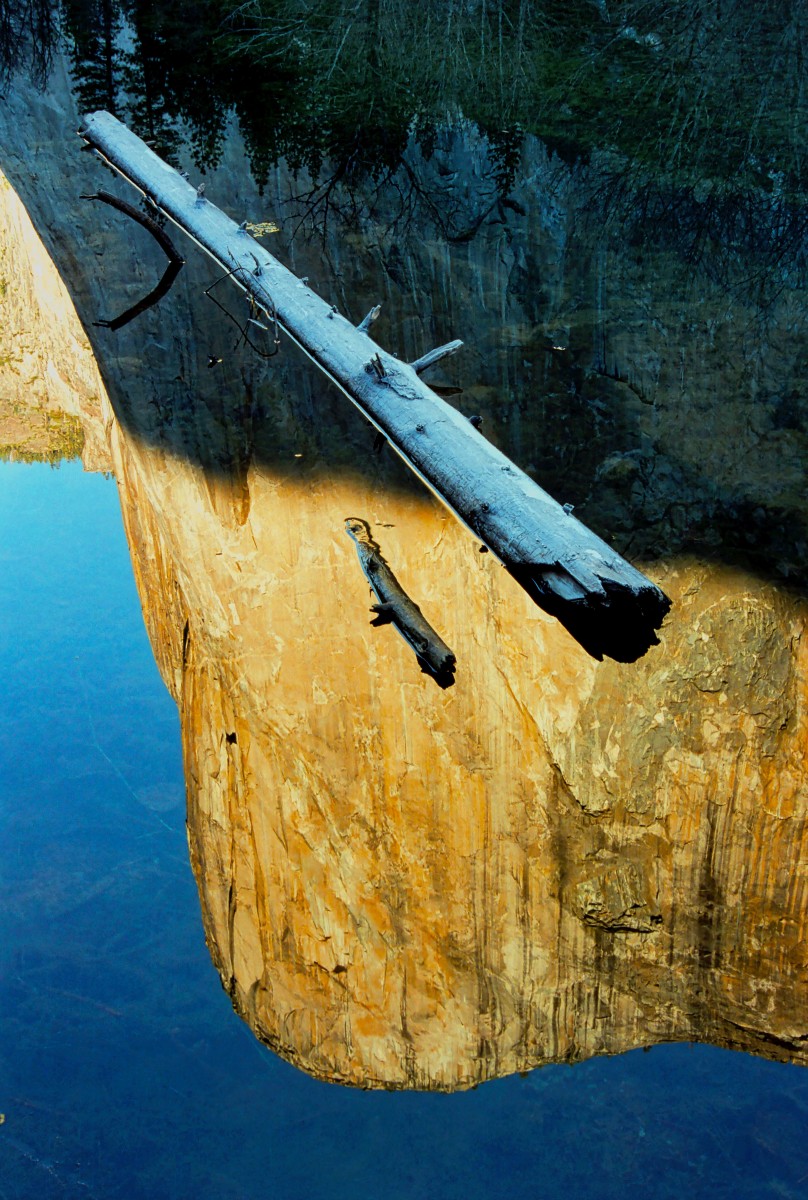 Yosemite is filled with more natural wonders than many places in the world, and has seen its share of cameras from the masters of the field. I was challenged by a fellow photographer to capture a unique image from this park. I will never be sure if I succeed, but the challenge to look at the world differently is what drove me to capture one of my all time favorite reflections.